Learning to Live Truthfully Through Acting 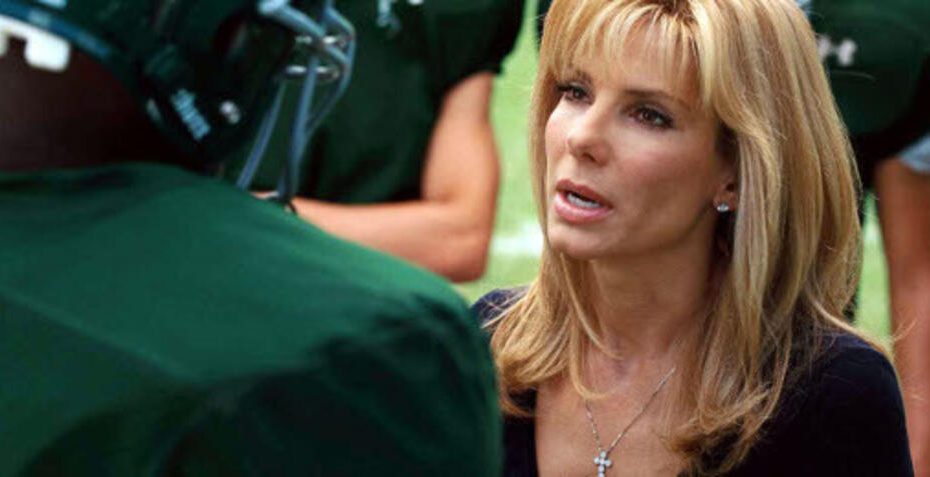 I suspect that all of us have a list of things we really want to do but, somehow, never seem to get done. One such item on my list was to watch the 2009 movie “The Blind Side” with Sandra Bullock playing the role of Leigh Anne Tuohy, a devout Christian mother who adopts and cares for a Black athlete, Michael Oher. With the support of her family, Oher eventually became a star player in the National Football League.

This first went on my “tuit” list when Bullock won the Academy Award as best actress in 2009. I was reminded several times over subsequent years that I still hadn’t gotten around to it. The most recent reminder was an old interview with Bullock that showed up on my YouTube feed. She explained that she had turned down the role three different times because she wasn’t sure she could play the role of an born-again Christian. Well, curiosity turned out to be the Round Tuit that I needed. I bought the DVD and watched it a few nights ago.

I’m not sure I know the word that would adequately describe my astonishment over her performance. Facial expressions, body language, and voice intonations were so believable and emotionally evocative that even Sean Tuohy (Leigh Anne’s real-life husband) quipped in an interview that dealing with one Leigh Anne was a big enough challenge and he wasn’t sure he would be up to handling two of them! How did Sandra Bullock manage this, despite all her misgivings?

When asked about this in the interview, she quoted Meryl Streep:

“One of the most important keys to acting is curiosity. I am curious to the point of being nosy. What that means is you want to devour lives. You’re eager to put on their shoes and wear their clothes and have them become a part of you. All people contain mystery, and when you act, you want to plumb that mystery until everything is known to you… I’m curious about people. That’s the essence of my acting. I’m interested in what it would be like to be you.”

How does one go about transforming this curiosity into authentic portrayal of a character on stage and screen? It was Konstantin Stanislavski who revolutionized the training and rehearsal techniques in the early 1900’s. His approach emphasized methodical listening and emotional investment into the actor’s preparation. Over the years his tools became known as Method Acting.

Deep listening skills were not such a challenge, but the “right” tools for developing an emotional connection through active imagination is very dependent on the individual actor’s personality. A few of his students – Lee Strasberg, Sanford Meisner, Stella Adler and Uta Hagen – developed and expanded Stanislavski’s methods in the following years by  emphasizing different aspects of the human psyche.

Lee Strasberg focused on the psychological and personal elements: imagine your character’s entire life before the play with such clarity that your own emotional responses become those of your character. Sanford Meisner focused on behavior and movement: respond to your fellow actor’s words and emotion rather than focusing on your own. Stella Adler and Uta Hagen focused on the sociological aspects: What is appropriate to the time and place in which my character finds himself? The lists of famous, award-winning actors who ascribe their success to one or another of these teachers says quite clearly that there is enormous value in each of them.

In Sandra Bullock’s case, she speaks with deep gratitude of the guidance and training she received from Meisner when she was a beginning actor – especially his emphasis that “the foundation of acting is the reality of doing.” Don’t think about doing something, don’t pretend to do something – just do it and go with what happens. If the script calls for you to tighten your shoelaces, then actually untie them and then tie them again tighter.

In one scene in the movie (pictured at the top of this post), her objective was to convince Michael Oher to defend the quarterback from the charging defensive linemen as though he was defending his mother. In the outtakes of the scene you can clearly see that she was really trying to convince him in the moment rather than just demonstrate the external appearance of what that might look like. The importance of improvisation was also evident – swatting the coach on the behind as she walks onto the practice field, grabbing one of the other offensive players by his faceguard to drag him over in front of Michael as part of her argument, and so on.

Bullock commented about how liberating it was to realize that she didn’t need to do anything more than trust her genuine responses to the imaginary circumstances. Having said that, she also emphasized the importance of remembering that how you respond and what you do doesn’t depend on you – it depends on your fellow actor. This in turn means that you must really listen to and observe everything your partner is doing without judgement or intellectualization.

Meisner’s most famous technique for practicing this is his so-called “repetition exercise”. Two actors begin by facing each other and one makes some simple, real-live, objective observation about the other one – your eyes are blue, your shoes are black and so on. The other actor then repeats – exactly – what they heard and saw. The intention is that the repetition be absolutely accurate.

More advanced versions focus on noticing and repeating non-verbal changes, different physical observations (you scratched your ear, you squinted your right eye, etc.) and then psychological observations (you were unsure, you were fearful). The exercise continues with the partner repeating the observation at least once. The key element is to not think about it, just to respond in the moment. As you can well imagine, it can quickly become very confronting to engage in such an intimate and vulnerable exchange with another person that you might not even know very well.

Meisner advocated developing a deep connection to the actor’s emotional experiences, triggers and the physical manifestations of strong emotions such as fear, anger, happiness etc. He emphasized that this was only as part of the entry to the scene – after that, it was about the surrender to the scene’s flow of action and stakes. Again, the key element was “to do”, not to intellectually choose an “appropriate” response.

All of that was wonderful preparation for roles where one’s personal experiences could inform your responses, but what about Bullock’s challenge in not really understanding the born-again Christian world of her real-life character? Meisner advocated the development of a strong and agile imagination – the magic “as-if” approach to researching the world of the character and daydreaming/fantasizing a set of feelings, circumstances and context in which this could feel true for them.

I’ll end with another quote from Meryl Streep:

“I’ve thought a lot about the power of empathy. In my work, it’s the current that connects me and my actual pulse to a fictional character, in a made up story. It allows me to feel pretend feelings and sorrows and imagined pain. And my nervous system is sympathetically wired and it conducts that current to you sitting in the movie theater… so that we all feel that it is happening to us at the same time. It is a very mysterious and valuable resource of the human species… We cry at sad movies… We see a news story that enrages us and we write letters through tears, our hearts pounding… I used to wonder why human beings developed these inconvenient and embarrassing responses, this sniffling, choking, wet obstruction… Seriously, I thought, why and how did we evolve with this weak and useless passion in tact within the deep heart’s core…? Empathy is the engine that powers all the best in us. It is what civilizes us. It is what connects us…”

Oh yes – find time to watch “The Blind Side” (again, if you have already seen it). It’s a balm for the soul in these troubled times.

2 thoughts on “Learning to Live Truthfully Through Acting”