Adventures In A Chinese Restaurant 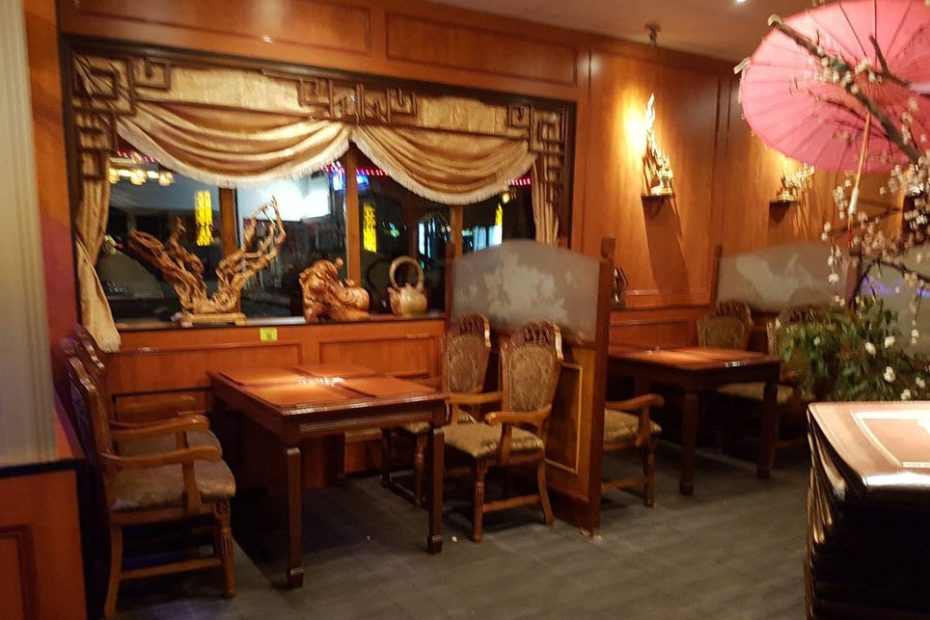 Susan and I decided to enjoy a leisurely dinner at our favorite Chinese restaurant a few nights ago. When the waiter served our meals, Susan smiled and turned the condiment tray so that the hot sauce was near me with the comment, “I assume you will want some of this and I don’t!” As I added a couple of spoonfuls to my serving of fried rice and chicken, I remembered another time more than twenty years ago, another Chinese restaurant, and a surprise adventure.

I spoke some German when we first made the decision to move to Germany, but it was clear that it would not be adequate if we were going to live here. We decided that I should come alone to Germany for three months at the beginning of 2001 in order to study at the Goethe Language Institute in Prien am Chiemsee. The Institute helped me to find a vacation apartment that was reasonably close to the school, intended to provide short-term lodging for two students. Since most of the students enrolled for only one month, it turned out that I would have a new roommate on the first of each month.

By the start of the third month I was feeling like a generous host and was looking forward to greeting my new roommate. He turned out to be a jovial fellow named Jurgen who was a professor at one of the universities in Poland. He already spoke very good German as well as Russian. I suggested that we take a walk together and I would show him around the little village of Prien and the nearby lake.

We were walking back to the apartment from the classroom a few days later. As we passed by a Chinese restaurant, I told Jurgen that I had eaten there several times and that the food was excellent. To my great surprise, he told me that he had never tried Chinese food. Since it was already nearly dinner time, I suggested that we try it out immediately. He was the sort of person who was almost always willing to try something new, so we went in and were promptly seated at a beautifully decorated table.

It was a typical, high end Chinese restaurant with a menu that ran to dozens of pages. Jurgen did his best to read through everything, but it was clear that he was really overwhelmed by all the choices. After several minutes of intense effort trying to make sense of anything, he gave up and asked for my help in making a selection. After many questions from him and many descriptions from me, he finally settled on a dish with fried rice, vegetables and chicken.

Now, please understand that I meant no harm. When the meal was served, I put on a large dollop of the hot sauce on my dish and described how I found that it enhanced and livened up the dish. As I said, Jurgen was always willing to try anything new and, with trusting innocence, also put a big dollop on his dish. To my horror, and before I could utter a single word of warning, he took a big forkful that included most of the dollop of the hot sauce and put it in his mouth.

There was nothing I could do but watch with unseemly curiosity as Jurgen’s eyes grew wide with shock, his face turned beet red and the tears began streaming down his cheeks. He just sat there for the longest time with his jaw open and his lips partially pursed the way one reacts to a bite of something that is still too hot, hoping somehow that fast breathing through his mouth would cool it off enough that his tongue and inner cheeks wouldn’t feel like they were in a pizza oven. That might work for something with a high temperature but this was a different kind of hot that could not so simply be made tolerable.

The whole situation became even worse as I began to laugh uncontrollably at the situation. Tears of amusement were streaming down my cheeks even as I was felt terribly guilty about laughing over something that was, in reality, not funny at all – at least not for poor Jurgen. I finally managed to regain enough control to urge Jurgen to just spit it out. Unfortunately, he then immediately tried to deal with his pain by drinking lots of water. Uh oh. Anyone who has had such an experience knows that water only spreads the pain to your entire mouth rather than just the parts that had initially contacted the hot sauce.

More tears and red faces ensued for us both – Jurgen because of the spreading pain and me because of the spreading guilt. I urged Jurgen to take a big bite of bread and chew it for thirty seconds without swallowing. With trust in his new friend at a low ebb, he glared at me with great suspicion. Still, having no other idea what to do to deal with the fire in his mouth, he gave it a try.

After a few moments the bread absorbed the bulk of the burning spices and the red slowly drained from Jurgen’s face as he regarded me with silent accusation – which only sent me again into convulsions of laughter.

I was finally able to explain that the hot sauce should be mixed thoroughly with the dish before eating. After a moment’s silence, Jurgen smiled broadly and suggested that the instruction would have better been given before he had used it, rather than after.

It was a strange way to bond a new friendship, but we did! We remained in contact for many years after that and any mention of Chinese food or hot sauce would cause big grins to appear on our faces at the memory of that adventure. Susan and I were able to visit him and his family in Poland where I met his parents. As he described that evening to them, I didn’t need to speak a word of Polish to know where he was at in the narrative.

Now, 21 years later in another Chinese restaurant, Susan is staring at me and wondering what I am laughing about!

2 thoughts on “Adventures In A Chinese Restaurant”