Arrogance, The Destroyer of the Good 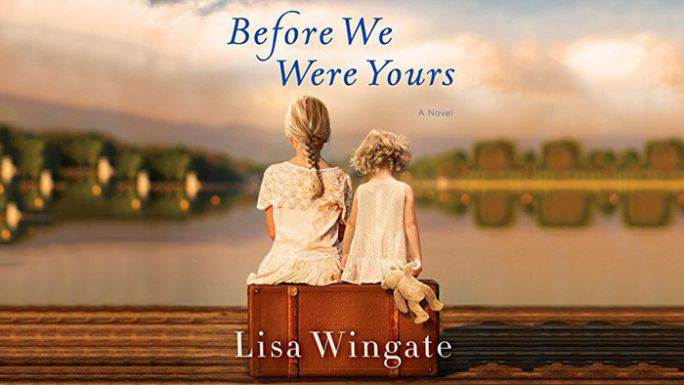 I first found out about Lisa Wingate’s 2017 best-seller novel quite by accident last spring. A Facebook friend of Susan’s recommended it so she ordered the book. She hadn’t read more than a few pages before she said to me that it was about the Tennessee Children’s Home Society (TCHS) – the orphanage from which I had been adopted so many years ago. I had been one of the fortunate ones who had managed to reconnect with my biological family some time ago and had already done a lot of emotional processing of those traumatic events, so I wasn’t sure I wanted to revisit the theme again. I watched Susan reading it in the evenings – sometimes near tears and often unable to read more than a few pages at a time. When she loaned the book to a friend who also raved about it, my curiosity overcame my reluctance and I sat down to read it myself.

It’s a fictional story, yet based on years of research into the people people involved and the events that took place at the TCHS. There were several descriptions that resonated with my own, dim memories from the time I was there. A brief search on the internet revealed some pictures that I clearly recognized. I will begin here with some of the story of the key players in the TCHS and come back to my own personal story in the next post.

The TCHS story begins, perhaps, with Edward Hull Crump, Jr. He was born in Mississippi in a family with a domineering father. He learned at an early age the power of discovering what people like his father wanted to hear and happily feeding that back to them.

He moved to Memphis, Tennessee as a nineteen-year-old during a severe recession. He used his glad-handing skills to persuade a prominent and beautiful socialite to marry him, to start a successful business career as a broker and trader, and to be chosen as one of the delegates to the Tennessee Democratic State Convention.

By the time the First World War began, Crump had built a powerful political machine which would come to have statewide influence. Unlike most other Southern Democrats, he was a strong supporter of the rights of Blacks to vote, the rights of women to have a career outside the home and the goals of the business-oriented progressives (such as better parks, highways and schools). How could one find fault with the inherent social value of these noble intentions?

“As he rode on casual journeys through his domain, he watched the pavement as sharply as a kingfisher hunting shiners; his pink face lighted at the first sign of recognition. If people turned, he snatched a wide-brimmed grey hat from his ear-long white locks, nodded majestically as if thousands cheered, and cranked down the car window with incredible dexterity to bawl, ‘Hiya, boy!’ He beamed as voices lifted in startled salutation. ‘They like me,’ he said. ‘To have a friend, be a friend. Some say live and let live. I say live and help live.’

Sadly, his growing political power came also with growing arrogance. He used all the techniques of manipulation – offering patronage for friends, alliances with established power figures and ensuring that dissidents had little or no voice.

One of those patronage payoffs was to Camille Kelley, the widow of Tomas Fitzgerald Kelley, a successful Memphis attorney. Tennessee had just ratified the Nineteenth Amendment to the Constitution which ensured the voting rights of women in the United States. Kelley believed strongly in the ability of women serve in office and in the importance of good public relations to political success. In Crump’s opinion, she was the perfect, progressive candidate to assume the role of Judge of the Shelby County Family Court. He did not concern himself in the least with the fact that she did not have a law degree.

Kelley had a kind, grandmotherly appearance. She never wore a robe into her courtroom, saying that robes would scare the children, and always wore a flower corsage to help the children relax while they were in court. She strongly believed that “love is the modern way to educate children” and that “the condition of childhood necessitated protecting black children as well as white children.”

Her progressive views quickly attracted national attention and approval, including that of Eleanor Roosevelt. She was the recipient of several national awards and was regularly invited to appear on radio and television programs.

She was re-elected as Juvenile Court judge with little or no opposition for thirty years.

Sadly, Judge Kelley apparently had fixed opinions about almost everything – including which parents could offer the right kind of love that children needed. Once more, noble objectives about what was best for children were corrupted and destroyed by her arrogance.

Kelley’s position and attitudes, together with the support of “Boss” Crump, provided a perfect fit for Georgia Tann. Born in Mississippi, she grew up with a demanding father who insisted that she become a concert pianist. Tann despised playing the piano and wanted to become a lawyer – even going so far as to pass the state bar exam – but her father refused to allow her to practice law.

Her family’s home was a popular neighborhood gathering spot and her father would often bring abandoned or neglected children home with him. Perhaps strongly influenced by the plight of these children of poor, uneducated parents, she concluded that poor people could not possibly be fit parents – a judgment that would come to have an enormous impact on thousands of people and their children and grandchildren.

The expected life choice for women in those days was to get married, and her father undoubtedly put a lot of pressure on her to fulfill this expectation. It was just not something that Tann (who by this time must have recognized her lesbian orientation) was willing to do. Given that the only other socially acceptable life for an unmarried woman was to become a social worker, she left home (escaping from her father) and found a position finding homes for children with the Mississippi Children’s Home-Finding Society in 1920. One of the workers there was Ann Atwood Hollinsworth, eight years younger than Tann, who had recently given birth to a son out of wedlock. Since it was socially permissible for two unmarried, professional women to live together, they moved in together into a newly purchased house. Perhaps to further cement the illusion, Tann also adopted a daughter who she named June[1]. Tann formally adopted Hollinsworth near the end of her life in order that her life’s partner could inherit Tann’s fortune after her death.

Tann quickly discovered that there were lots of childless families who were willing to pay a great deal of money in order to adopt a child. Given that poor people did not have the education or the resources to legally challenge her actions, she would sometimes simply steal a child from their yard or even their front porch. However, when the complaints of aggrieved parents began to grow, the attention of local politicians and judges led to her dismissal in 1924.

It’s not entirely clear how Tann, Judge Kelley and Boss Crump became aware of each other, but Tann moved to Memphis where she became the Executive Secretary at the Shelby County branch of TCHS. The three of them provided the perfect setup for the twenty-six-year scandal that is dramatized in Lisa Wingate’s novel – Crump providing the political backing that enabled Tann to fully take over the TCHS and ensure the passage of favorable adoption laws and Judge Kelley providing the legal veneer to ensure there could be no effective resistance through the courts.

Tann was widely praised for what most believed to be her unselfish service to the needs of orphan children. Rural doctors and social workers that knew of poor families with small children would tell Tann about them, believing they were helping the children to get good homes during difficult times. Eleanor Roosevelt asked Tann for her advice on issues regarding child welfare and she was invited to Harry Truman’s inauguration.

The truth was quite different. She coerced poor birth parents into turning their children over to her custody. She would take children born to inmates at mental institutions. She continued her practice from the Mississippi Children’s Home Society of simply kidnaping desirable children (Judge Kelley would ensure there were no consequences). She paid hospital nurses to tell unwed mothers that their child had died at birth and then turn them over to Tann for adoption.

She also made significant payments to Boss Crump and to Judge Kelley to cover her activities and to numerous city policemen to be on the lookout in poor neighborhoods for any children that appeared to belong to single mothers who could not properly care for them. Even with the considerable cost of all these bribes and payoffs, Tann had enough left to live very extravagantly in a large house with a chauffeured Packard limousine.

Tann had superb marketing skills and quickly developed contacts with well-known personalities in California and New York, later expanding to many other states where there were people with money who were desperate for a child. Some of these included the actresses Joan Crawford and June Allyson.

The adoptive parents were required to pay exorbitant sums to cover “expenses” and as much as 80-90% of these fees went into Tann’s secret bank accounts.

Older children, who were usually more difficult to place, were often mistreated by Tann and the TCHS nursing staff – subjected to physical and sexual abuse to force them to be more cooperative. Many (close to 500 in total) were subjected to such neglect that they died as a result. Nineteen of the victims are buried in a Memphis cemetery but most  remain unaccounted for to this day.

Boss Crump’s arrogance led him to back the losing candidate for Tennessee Governor in 1949. The winning candidate, Gordon Browning, launched an investigation into the TCHS, accusing Tann of selling children for profit and destroying information about the adoptees’ heritage and medical history. His ulterior motive was most probably to destroy Crump’s political machine so that he could not again be a candidate for political office. The Tennessee legislature passed a law in 1951 legalizing all of the adoptions and cutting off any hope of the parents of the stolen babies to find their lost children.

Georgia Tann died of uterine cancer three days before the filing of the lawsuit against the TCHS. Camille Kelley was never charged and died in 1955. Despite Browning’s best efforts, Crump was still able to field and support a candidate who would defeat Browning in 1952. Crump died less than two years later and, in a final irony, was buried in the same cemetery as the nineteen unidentified children from the TCHS.

Wingate has managed to capture much of this story in a fictional account which alternates between the experiences of a family of stolen children and a modern day lawyer attempting to discover the truth about her heritage. It’s worth reading!

What I find both fascinating and disturbing is the way in which these principle characters were treated as such dedicated angels in all the print media up until the 1950 disclosures and then as the very devil incarnate thereafter. The truth is probably somewhere in that gray area in between – neither purely good nor entirely evil. It makes it so much more confusing when there are no simple, unambiguous answers. I, for one, often have great difficulty in seeing them as deeply flawed human beings whose ideas about good social goals became horribly destructive because of their arrogance, greed and lust for power.

8 thoughts on “Arrogance, The Destroyer of the Good”