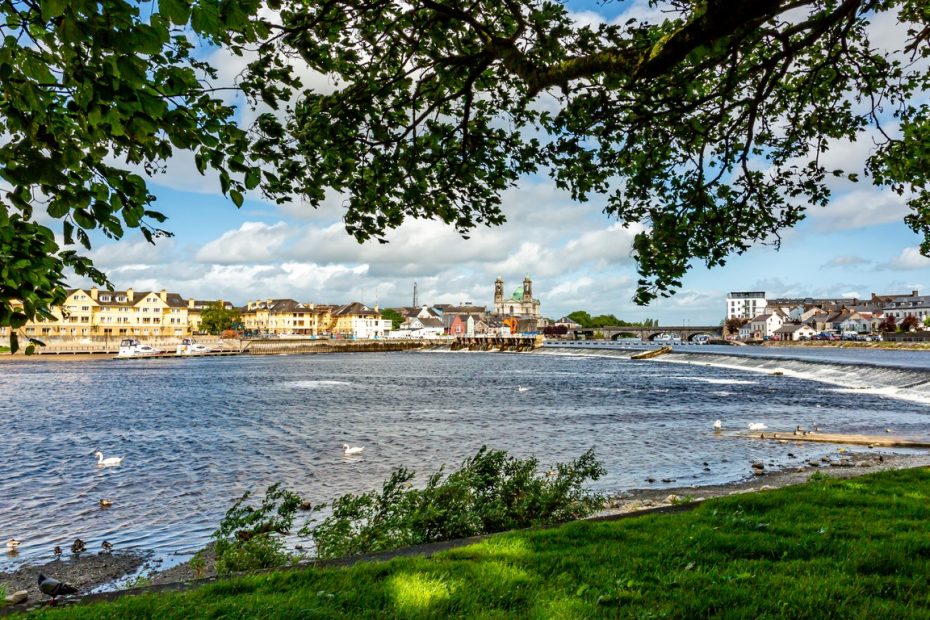 My wife and I vacationed in Ireland a few years ago. Landing in Dublin, we drove south to Limerick, then north to Galway, and then followed the beautiful Shannon River on our way back to Dublin again. Our last day before returning home ended up in beautiful Athlone, a smaller town located almost exactly in the center in the “Emerald Isle.”

After getting settled in our hotel, we decided to take a walk along the river. At some point we noticed a woman working in her flower garden that was right next to the path. In the endearing manner of the Irish, she stood up and greeted us as if we were long-lost friends and began asking all kinds of questions about who we were and what we were doing there. I told her that, although my father’s family heritage was German, my mother’s was mostly Irish, and Susan’s family as well, and so we wanted to see for ourselves the homeland of our ancestors.

She was so excited about all of that (we were now long-lost family rather than just long-lost friends) and started talking about her experience with the two cultures. At one point she leaned toward us and in a hushed, conspiratorial tone said, “Oh the Germans are so focused on quality and getting a job done right. We Irish could certainly learn from them how to work … but I rather think they could learn from us how to live!” That priceless comment summarized perfectly the contrast between my playful mother and my serious father when I was growing up. I like to joke that I am very serious about having fun!

That evening, Susan suggested we visit one of the little Irish pubs and enjoy a meal and something nice to drink afterwards. I was not terribly enthusiastic about the idea, to tell the truth, as I have never been one for hanging out in bars. There is usually so much smoke that I feel like I am about to be asphyxiated, and so much noise that I can’t hear anything anybody else says – unless they shout at the top of their lungs. Still, the lady’s comment from the afternoon was going around in my head, so I agreed.

It was like no other bar I have ever been in before or since. People were talking rather than shouting and actually seemed to be listening to the others – even when they did not appear to be part of their group. A long, darkly stained mahogany bar ran down the length of the bar with elaborate carvings on the corners and at intervals along the front. Sparkling glass shelves, backed by an enormous mirror, held every conceivable shape of liquor glass and a huge variety of beverages of the alcoholic sort.

At the far end of the room, a place for a small band had been set up with a set of drums and cymbals, an old upright piano that had clearly seen lots of service, a banjo set in some kind of stand and an ancient guitar leaning against one of the chairs. Some of the round, wooden tables and their chairs had been pushed to one side to make room for a small dance area, so most of the remaining places were already occupied. We managed to find a couple of seats that were still free and, scarcely after sitting down, a pretty woman in an elaborate red and green velvet skirt and ruffled, short-sleeved blouse greeted us like long lost family while she partially sat on the edge of the table. When she finally got around to asking what we would like to drink, I just had to order a Guinness – after all, it was Ireland and to order anything else would have been impolite. She returned shortly with a huge mug that must have weighed a kilogram when it was empty but now weighed more, filled with the darkest, most aromatic beer I have ever smelled or tasted, made seemingly even more dark by the cap of white foam that mounded over the top and slowly ran down the side of the ice-cold glass.

After just a few sips of beer the band started to return, laughing and talking to one another in that wonderful-sounding Gaelic that, even though unintelligible to me, spoke clearly of a joy of life, living and togetherness. Fortunately they switched to English as they began their set. I was utterly mesmerized as they sang songs of sorrow, loss, prison, misfortune (especially in love) and all kinds of other, sad topics but with that same exuberant joy and aliveness that they had brought into the room. It was as though there was no topic so sad that a song couldn’t make it OK again.

It turned out we had stumbled into a wedding celebration when the bride appeared and danced with her new husband and all his friends on the improvised dance floor. It was so clearly OK for any stranger to join them in their rejoicing because, since they were there, they were automatically friends of the family – at least for the evening.

Midnight came and the bar had to close. I could not believe how quickly more than four hours had disappeared. We went back to our hotel with deeply nourished souls and a memory for a lifetime.

3 thoughts on “Discovering My Irish Roots”