My Love Affair with Trees 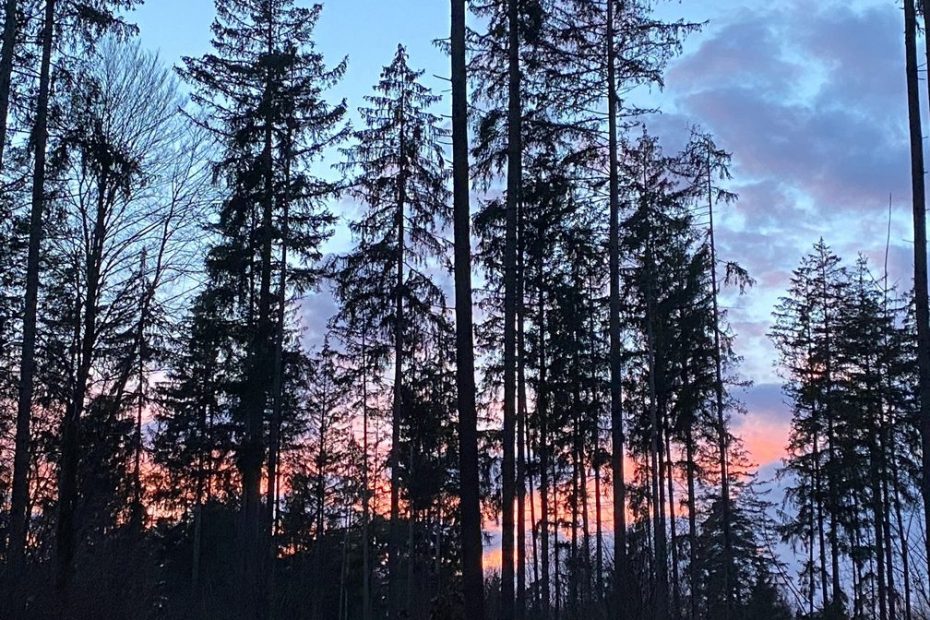 2020 will be remembered by all of us, and history as well, as the year of the pandemic, the year when the overuse of extreme force by police officers on black U. S. citizens reached the tipping point, the year that the most vitriolic US election in living history threatened to tear the nation apart.  History will not judge the year kindly at all.  Yet, despite the all of the fear, the heartbreak, the outrage, the dismay and the despair, 2020 will have another personal significance for me.

The year had begun with a slight shudder of dread. A new virus had been found in China,  highly contagious and potentially lethal. True, it was far away, but it had the trademarks… It could travel, and travel it did.  The first case discovered in Germany was a Chinese professional, visiting the home office for an in-house corporate exchange.  Don’t worry, it’s an isolated case.  The health officials have got it handled. Only, they didn’t.  Isolated cases in the large cities started connecting the dots into a web from which no community, no matter how small, how isolated, could escape.

The German government acted more swiftly than most.  Our lockdown started in early March.  It was sudden, and complete.  It was as if a giant pause button had been hit.  As frightening as the disease was, and as the abrupt end of life as we had always know it was, there was for me also a sense of relief. A quiet introvert, I felt a small, sudden opportunity for me to catch up to a world that always wanted me to move faster, do more.  Perhaps more realistically, the world slowed down, but then seemed in danger of stopping all together.

Suddenly though, doing the basics became an ordeal.  Going to the grocery store, every other customer became a carrier of the disease.  I stopped going to the hair dresser, didn’t make my appointment to get my teeth cleaned, got a referral for a skin condition from my doctor, but then never called the specialist. There were too many unknowns.

There was one place, though, where I felt safe, one place where I could breathe deeply and truly relax: the forest. We are blessed to live just a few hundred meters from an entrance to the Ebersberger Forst, one of the largest contiguous tracts of woodlands in Bavaria. By mid-March, I was visiting the forest daily, walking familiar paths over and over.  Each time I would discover something new, different, previously unseen by eyes too much in a hurry. In the forest not only my breathing slowed, I slowed.

At first the forest slept its deep winter sleep.  Silence, stillness, it felt holy.  Entering nature’s cathedral her sacraments would feed the soul.  At times I would seek out any sign of awakening, a solitary meise (tit or chickadee in English), his plaintive alternating high/low piping in search of a mate.  “Spring is near, come my love.” The day I found the first violets was sheer joy.

There were many days that I sought only the trees themselves. I grew to love the ancient beech whose numerous low branches had, sometime in the last century, impeded those walking the path which ran next to him. The branches had been broken or hacked off. The tree healed, revealing in the scars a wise, if rather askew face, who watched the passers-by: children excitedly running, the elderly strolling, the young and fit joggers and cyclists, the couples in the throes of young love stepping into the shadows of his massive trunk to embrace. Sometimes I would find awe in the graceful arch of the canopy overhead.

Sometimes it was the contrast between the rough, rusty bark of the solitary pine juxtaposed against the glossy grey shantung of the surrounding beeches. I would be captivated by the lace of birches, and then, the sheer mass of the neighboring chestnut. A elfin seedling springing from a rotting stump would woo me, but above all I loved the old giants, the patriarchs of the forest. I returned to them all year, sometimes stroking their bark, sometimes trying to capture their majesty with my iPhone… better suited for capturing my fitness activities.

It has been almost a year now since I started my love affair with these trees, and now the loggers have arrived in my sacred grove.  Yes, I know the modern forest must be managed.  I know that Bavarians love of the rustic natural wood cladding on houses needs to be satisfied, but I mourn each fallen giant.  I decry the new “roads” slashed willy-nilly wherever the machinery goes.

Walking by the towering stacks of logs ready to be hauled away, the fragrance of freshly cut wood is heavenly.  How can death smell so sweet?