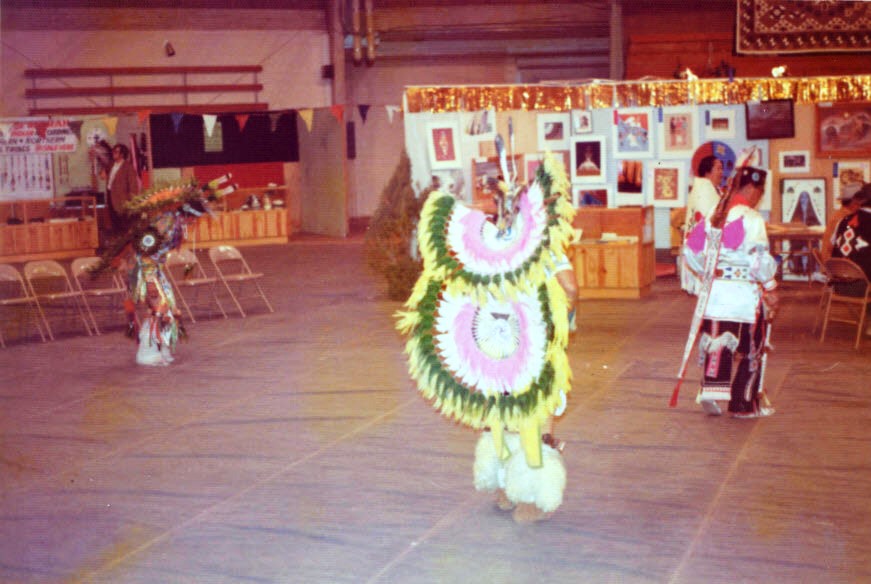 There were lots of clues that not all was well with the American dream when I was growing up in the fifties. Both of my parents harbored deep prejudices against Blacks, Latinos, Jews and Catholics, … well, against just about anybody who was different than them. In the neighborhood where I grew up, there was an Italian family that lived across the street from us and a Jewish family just on the next block. My parents would be polite in face to face conversations but would use racial slurs when referring to them behind their backs and warn me to be careful around “those kinds of people.”

I never argued with my parents because it wasn’t safe to disagree with them. Nevertheless, I played with the neighbor’s kids at their homes when I was younger and mowed their lawns to earn some money when I was a teenager. I just couldn’t reconcile my experiences of these neighbors with what my parents were saying. They seemed mostly to be just like everyone else – working hard, trying to figure out how to be good parents and hoping to achieve their goals in life. It seemed to me that that should be enough.

I had no clue what a sheltered life I had. It wasn’t until many years later that I learned about the Selma riots, the freedom riders, and the murder of three teenagers in Mississippi. I was shocked when I learned about the internment of Americans with Japanese ancestry during World War 2. I had no idea there was any such thing as the near genocide of Native Americans that began in the 1860’s. I had believed that the American dream was open to all if you are willing to do the hard work to earn it.

There were very few Blacks enrolled at UCLA when I started my freshman year. I remember walking into my freshman history class and, seeing a single Black face several rows back, briefly pondering what it would be like to look around and see no one with skin the same color as mine. As time went by, I began to wonder more about just who they were as a culture and why there was so much racial anger and unrest in the country. After all, they had been freed from slavery a hundred years before so why hadn’t they worked harder to get what they wanted? I cautiously looked for opportunities to talk to some of them and try to figure out what was going on. Some responded kindly to my questions, others less so, but they all made it clear that there was more to it than just “working hard”. I struggled to accept the idea that my acceptance and scholarship at UCLA probably had more to do with the color of my skin than the grades I got in high school.

My journey toward understanding White privilege continued when I started graduate work at the University of Alabama in Birmingham. There were signs indicating where “colored” people could wait, eat and take care of their physical needs. I heard jokes being made by Whites about the burning of the Birmingham church a few years before that killed four innocent, young Black girls. They spoke of the Vietnamese in an incredibly demeaning and racist manner as the war there was raging at its peak.

I was outraged. It wasn’t fair and it wasn’t right and it shouldn’t be that way. I was sure that I understood what it was like to have to deal with racial inequalities and was determined to be someone who would work to change things. I had no idea how intellectual and philosophical my “understanding” really was.

After graduation, I moved to Denver, Colorado and became a member of the Denver Unitarian Church. The minister’s wife had started a tradition of devoting the 9th grade year to studying the history and culture of the Hopi and Navajo Indian tribes, ending with a 10-day private bus trip to visit their Tribal Reservations. When I was asked if I would be willing to teach that class one year, I jumped at the chance. After all, I really enjoyed working with young people and this would also mean that I would be one of the adult supervisors that would travel with them on their trip.

As part of my preparations, I began to learn more about the discrimination that the Hopi and Navajo had suffered at the hands of the White settlers, about their high rate of alcoholism, and about the theft of their resources when the Bureau of Indian affairs granted leases to mine Uranium ore from their tribal lands without fair compensation. Talking about the injustice of this and the pain that it caused during the Sunday classes would be a way for me to fulfill my promise to myself to “make a difference”.

Everyone involved in the class bonded closely over the course of the year during our studies and preparation for the trip. We were all very excited as our departure date approached. We had arranged to stay in various churches or community centers in cities along our travel route and then with Hopi and Navajo hosts while we were on the Tribal Lands. It was shocking to see how poor many of these Native American families were, some even without indoor plumbing, and the extent of alcoholism. Even so, they were proud and hard-working people who shared with me some of their frustration with almost never getting fair treatment from the State and the Federal governments.

Sometime around the end of the first week, we turned off the main highway and headed into the interior of Navajo Country. I don’t know that I have ever seen a more desolate landscape in my life.

We planned to spend two days and a night at a Navajo school that was more than 30 miles from the highway turnoff. I realized as we were driving that, for the first time in my life, I was going to be an outsider, an alien White man in the school we were going to visit. The image of that one Black student in my history class appeared vividly in my mind.

I was going to get an answer to that long ago question about what is it would be like to look around you and not see anyone that looks like you. That caused a rush of nervous anticipation.

When we got off the bus at the school, we were welcomed politely and sociably by the hosting teachers. However, when I looked at all the Navajo students who were standing around us in a large circle, I had no sense of welcome at all. They were staring at us with hostile, unblinking eyes  and body language that seemed to express great resentment. Everyone in our little group sensed it and pressed a little closer to each other.

Our hosts escorted us to their athletic building where we would spend the night in our sleeping bags on the basketball court. When we returned outside, and our hosts were out of earshot, the Navajo students began to call out things to us in their native language that we, of course, could not understand – but the tone and looks suggested that they were in no way complimentary.

When we awoke the next morning, we discovered we had not been alone during the night. Many of our things had been moved around, broken or simply had disappeared while we slept. When we went to the cafeteria for breakfast, there were “questions” loudly called out to us, in English this time, about where something was that had disappeared or about something that had been broken during the night, and followed by a disquieting smile or staccato laugh.

Our hosts were quite apologetic and explained that they were terribly upset about the recurring assaults on homeless Native Americans by White students that were mostly ignored by the police departments in the surrounding White cities*. Here, they were on their Tribal Lands and were fearful of what “the Whites” might try to do to them. I stared wide-eyed and speechless as I heard this Navajo teacher repeat my father’s long ago admonition – you can’t trust those kinds of people – and realized that it was I who was one of “those kinds of people.”

It staggered me to realize that having white skin was all that was needed to be judged in the same way. I looked nervously at my watch and calculated how soon we would be able to get on the bus and leave. What if I didn’t have that option? What would it be like to have to constantly live with that fear for my entire life? What would it be like for others to decide they “know” all that matters about me by the color of my skin and the accent with which I speak?

Experiencing in my own body and mind the emotional reality of racism in this moment was devastating and shook me to my core. I realized in a profound way that my white skin had given me a huge head start in life, but one that I had done nothing to earn. I had only won a kind of genetic lottery. That I had worked hard to maximize the White privilege that I had did not change the fact that there were almost surely many others with different colored skin, economic circumstances, and personal freedoms who might have done much better – if they only had had a better chance.

* You can read more about this here in Wikipedia. The year following our visit, three Navajo men, too drunk to resist, were murdered by three teenage White students in Farmington, New Mexico. They were sentenced to two years in reform school. A deeply disturbing book has been written about this by Rodney Barker entitled The Broken Circle—A True Story of Murder and Magic in Indian Country (Simon & Schuster, 1992)